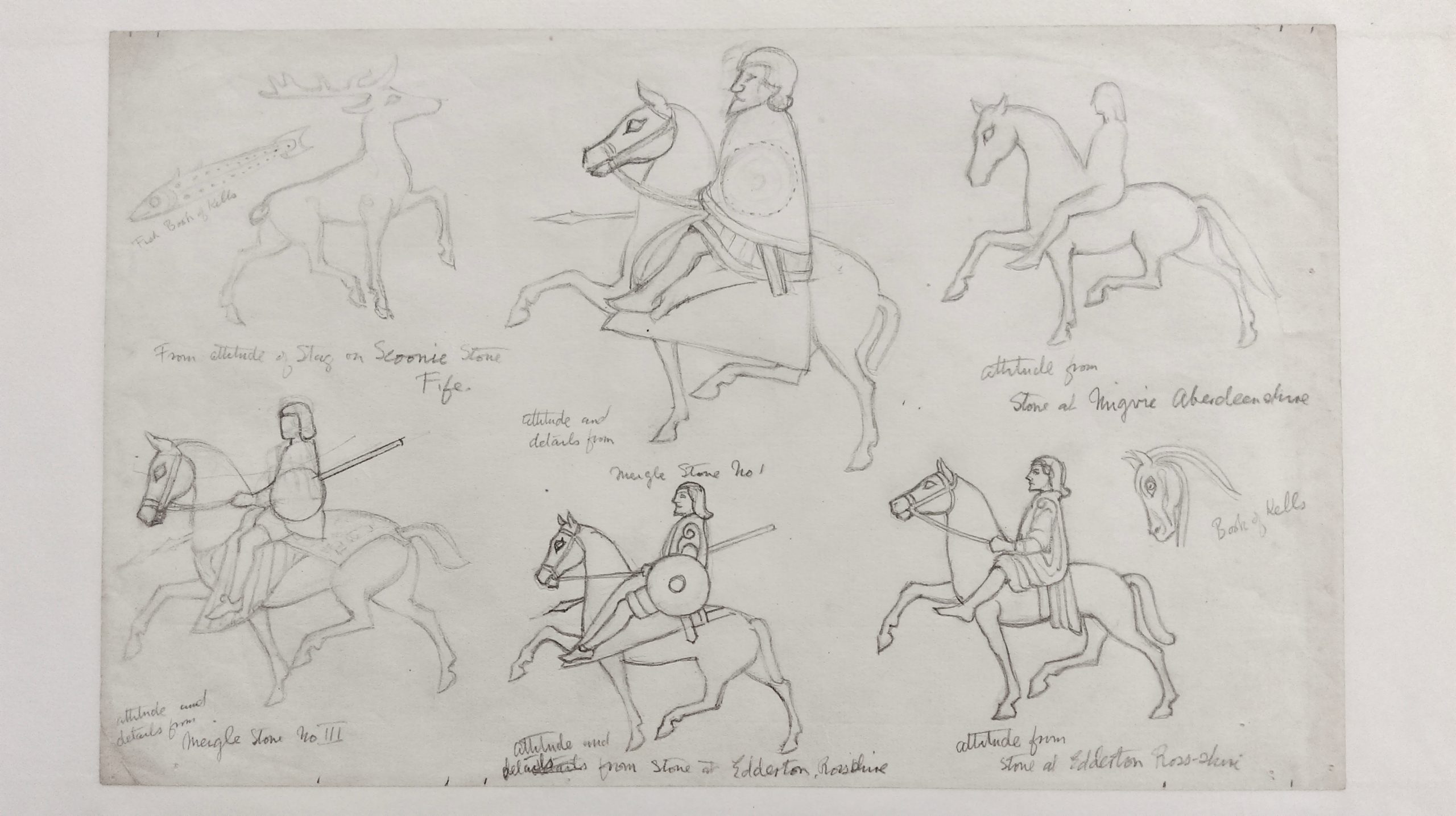 In these sketches Bain is comparing how Pictish horses and riders are carved on several different Pictish stones. He chose ones from Meigle, Migvie and Edderton, reflecting that Pictish culture once stretched from Perthsire to Ross-shire and beyond. He also slips in a stag with similarly arranged legs to those of the horses. It is on an incised cross-slab from Scoonie in Fife. Quite what the fish from the Book of Kells is doing here is a mystery!

This group is of particular interest. Later, Bain drew the riders and horses more carefully, so that it could be used as an illustration in Methods of Construction. In the book he removes the stag and the fish, adds a sixth horse from the Edderton cross-slab. He also includes three small extracts from the Book of Kells.

The ‘attitude’ of ridden horses on Pictish sculpture looks rather exaggerated. But we know from studies that the sculptors captured very accurately the relative movement of all four legs when horses are trotting. 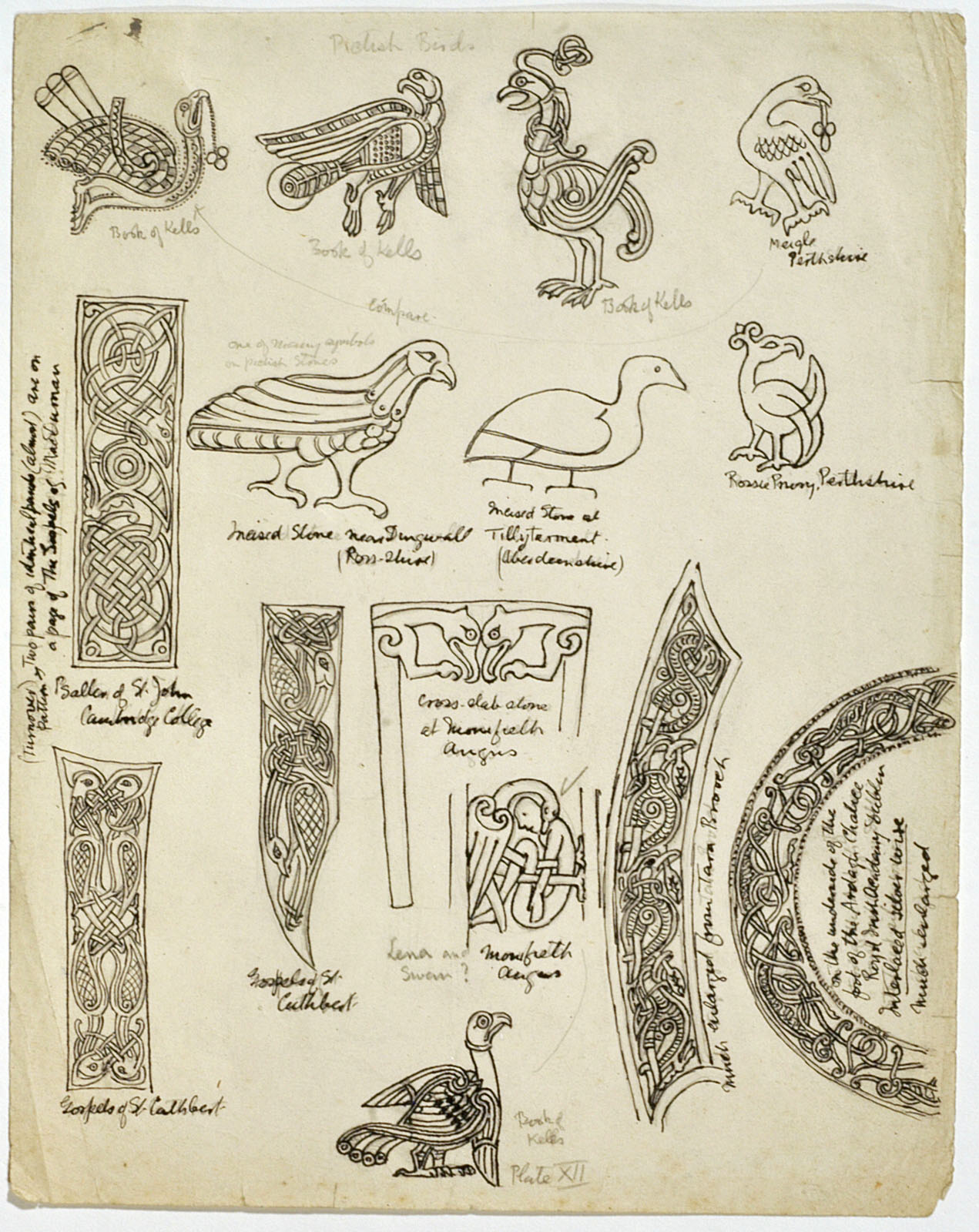 Here, Bain collects examples of birds from across early medieval insular art onto poor quality, thin paper. They are taken from manuscripts, incised or sculpted stone slabs and metalwork. All are from Scotland, Ireland or Northumbria. His notes show he’s working out comparisons across art forms and countries. This approach became key to his presentation of Celtic art.

HIs notes open a window on his studies. A looping arrow, with the command ‘compare’, links birds from the Book of Kells and a Pictish sculpted stone from Meigle in Perthshire. A remark on the left side compares a panel in the Psalter of St John with ones in the Gospels of MacDurnan. Bain’s wonder at the intricacy of insular art is literally underlined in his annotation bottom right. With his drawing of a detail from the Tara brooch he records ‘much enlarged’.

George Bain’s research eventually resulted in his book Celtic Art: The Methods of Construction. It was published by William Macllellan, the Glasgow publisher, in 1951. The book brings together his successful series of six booklets on the different Celtic art styles, first printed in 1944.