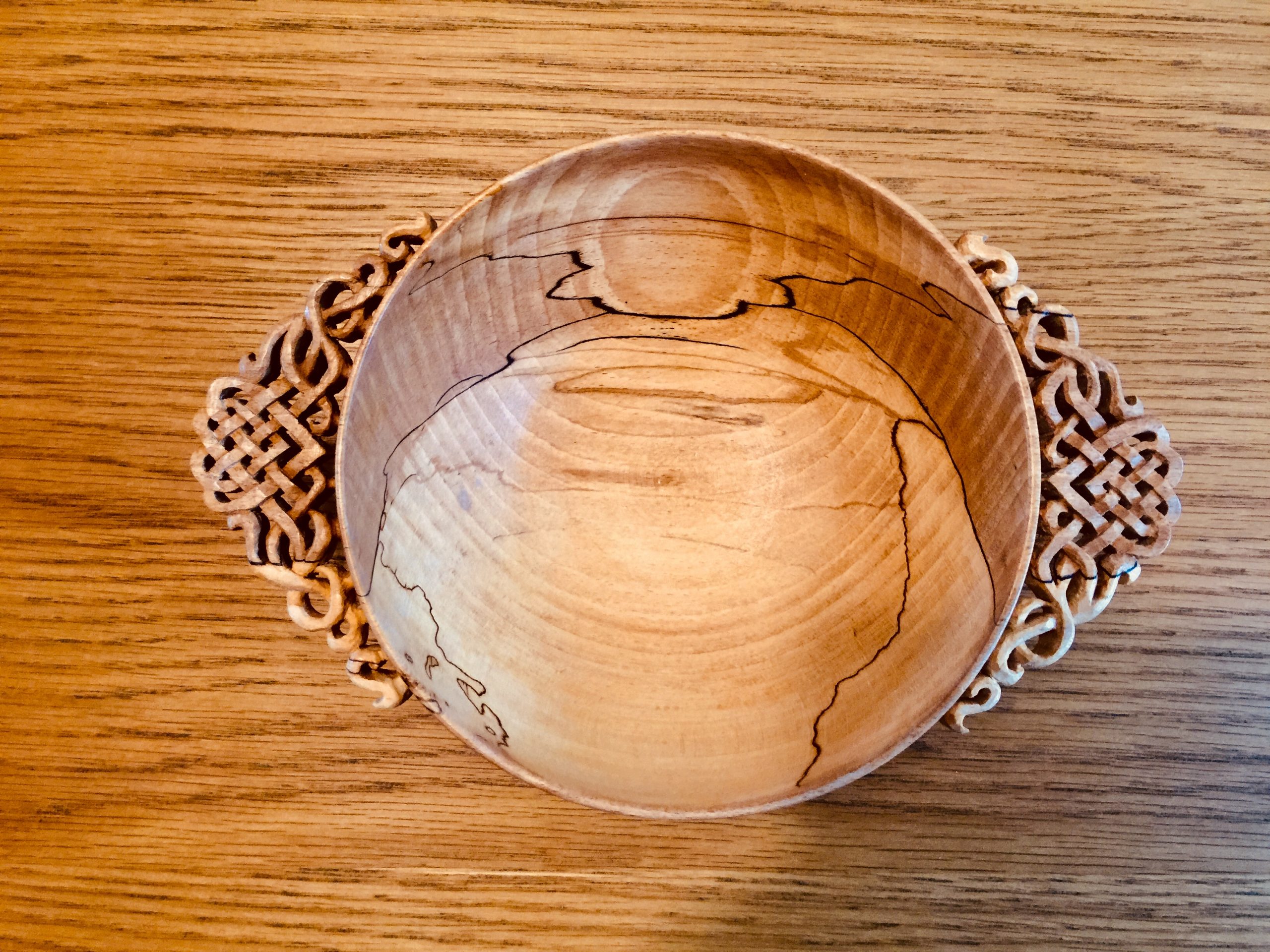 Quaich, turned and carved from spalted beech with a Celtic knotwork band (not visible in this image). The lugs are based on the Edinburgh “Luckenbooth” brooch design, which is interlaced. 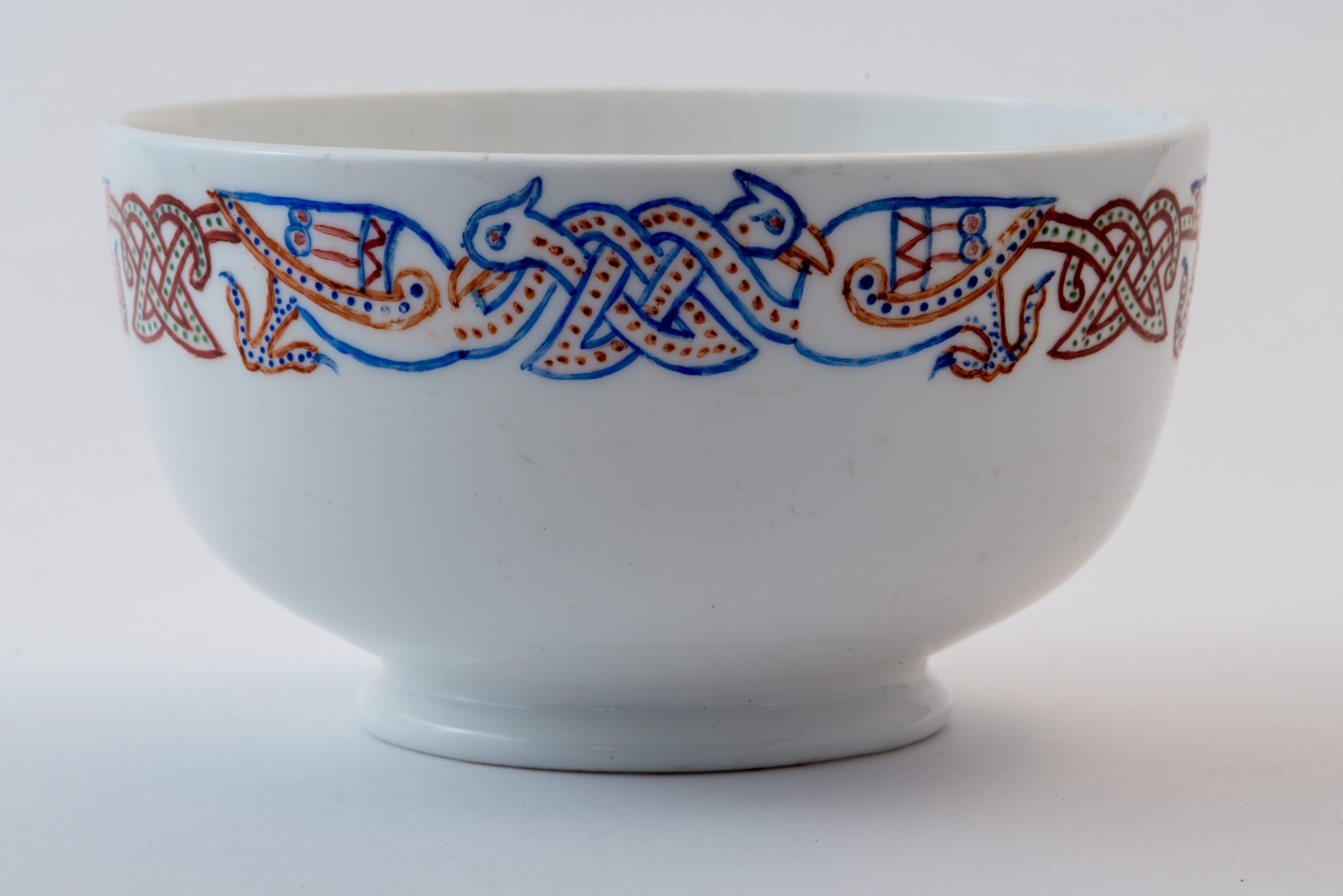 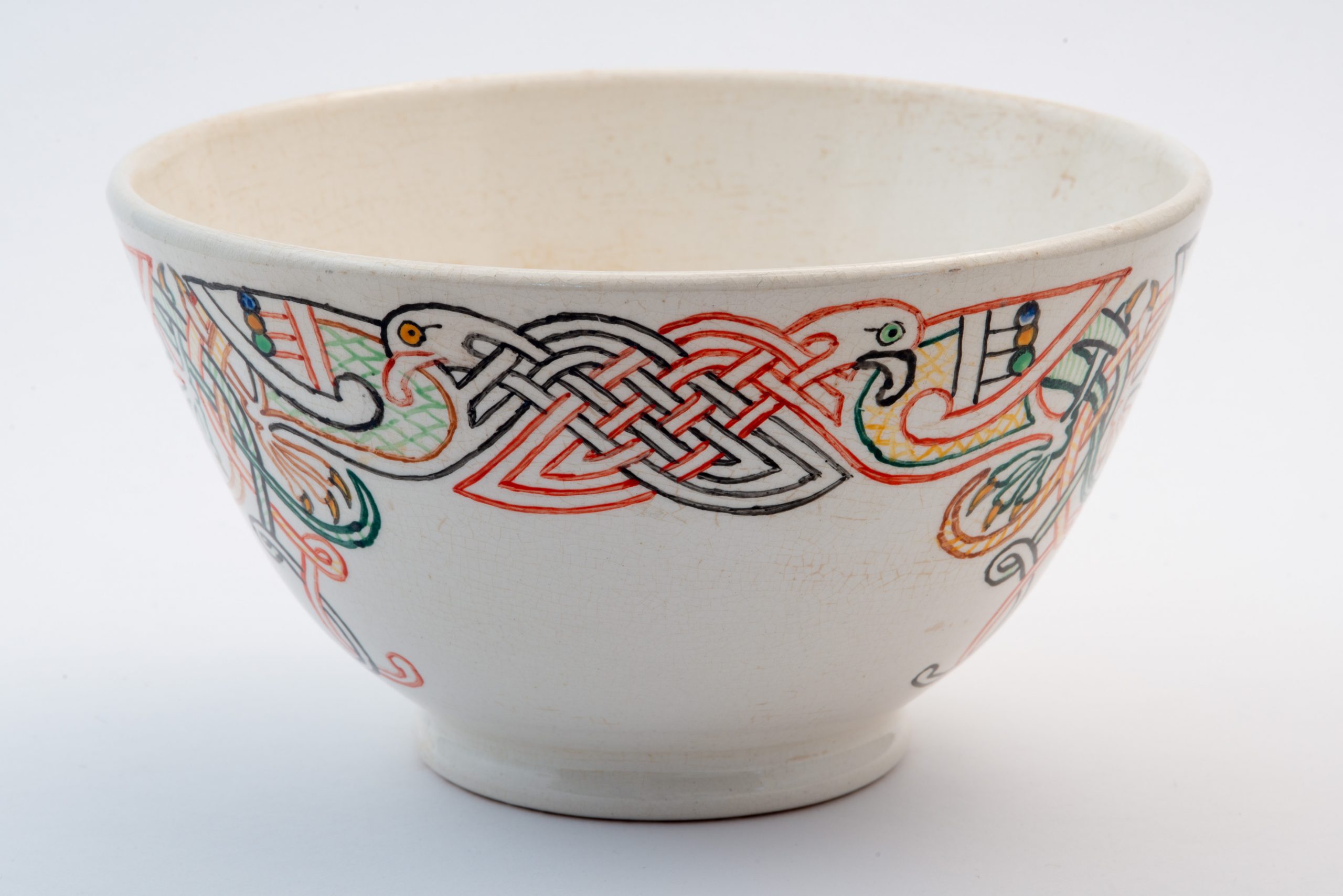 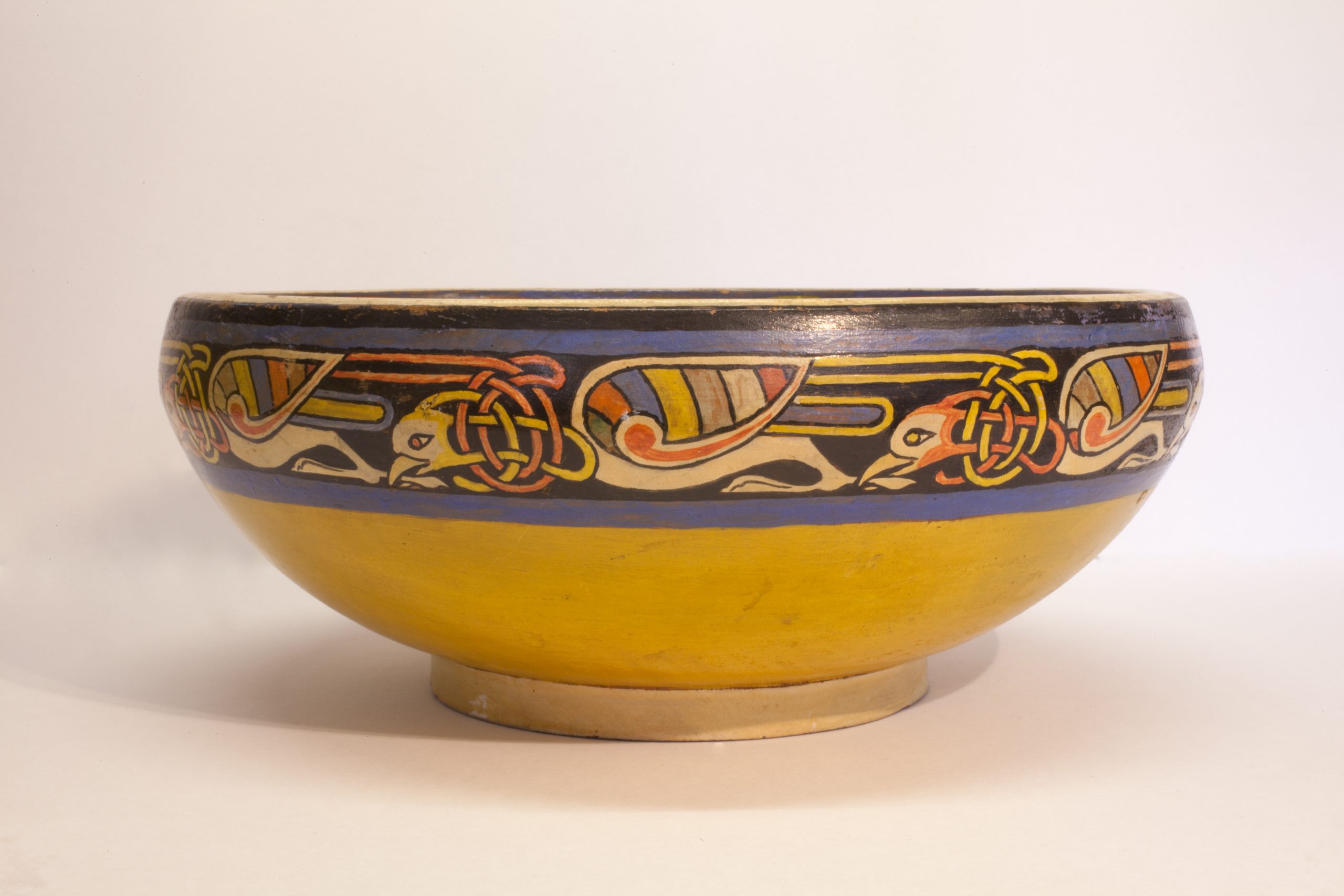 This brightly painted wooden bowl sits centre stage on a stand at a 1950s exhibition. It is surrounded by other Celtic design objects made by George Bain’s students. We don’t know exactly who designed or painted this bowl but it does show Bain’s philosophy of Celtic art in action.

A ring of brightly coloured birds march round the outer border of the bowl. The design is inspired by a detail on a page in the Lindisfarne Gospels. As with his other research, Bain drew out the birds from a modern illustration. He then worked out how to construct these birds with their interlacing of necks and tail feathers. He published this in his ‘Methods of Construction’.

On the inside of the bowl is an all-over open knotwork pattern. On a rich, deep blue background, the gold, blue and crimson colours repeat some of those of the birds. The two ribbons tie themselves into loose pretzel shapes around the rim. They then swirl and loop across themselves and each other to the centre of the bowl and back again. Bain shows how to create this design from first principles in the ‘Elementary Knotwork Borders’ section of his book.