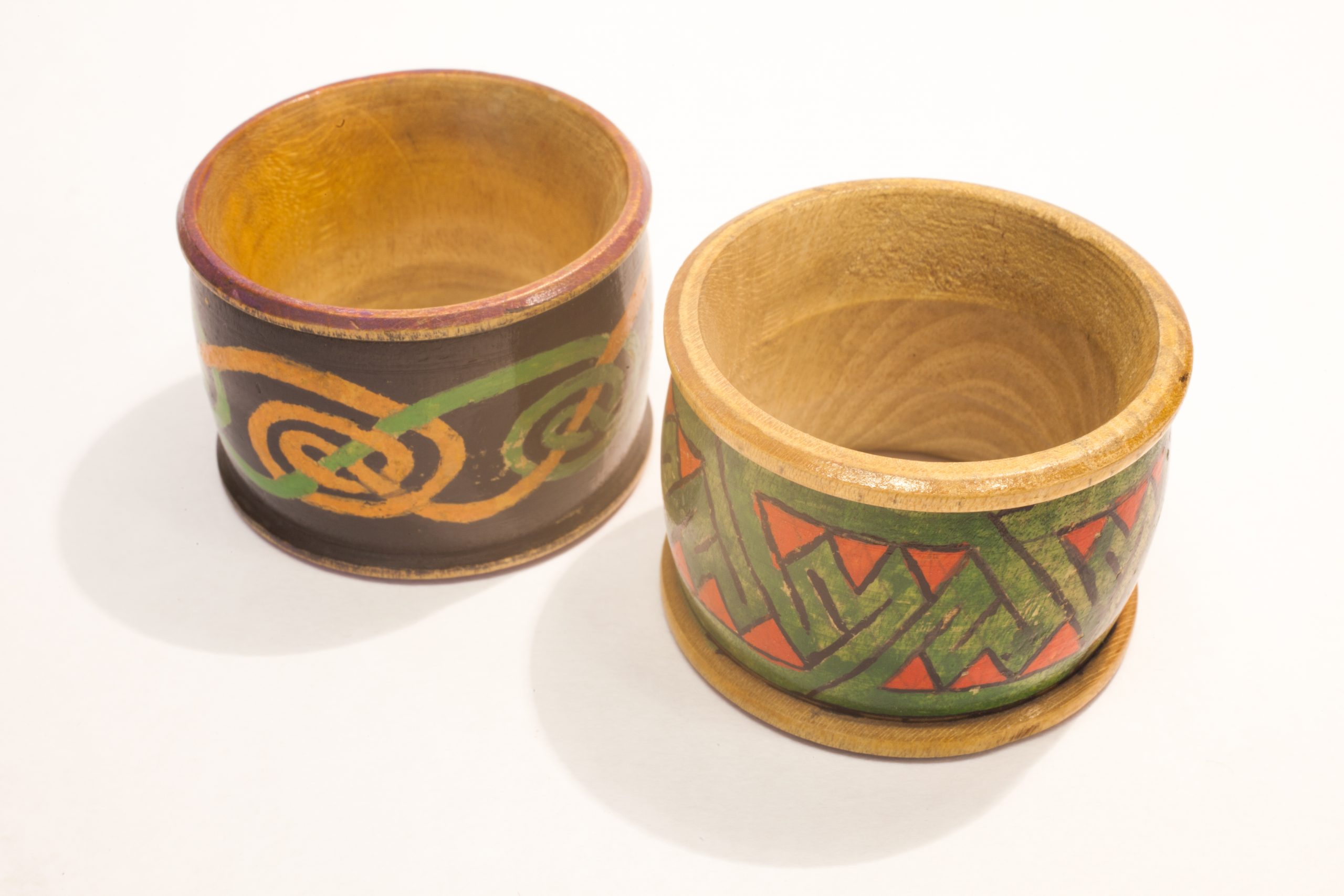 George Bain was very skilled at painting never-ending designs on round household objects. Here he has taken a couple of plain wooden napkin rings and enlivened them with colour. Both show signs of wear, so presumably they were regularly used by George and Jessie, his wife. They are a valued part of their family’s gift to the museum.

The two strand interlaced knotwork design in green and yellow stands out on its dark brown background. Even the edge of the ring has been coloured.  It’s quite different to the other napkin ring, which is painted with a very bright key pattern design.

Both are in a photo in Methods of Construction showing a display of items made by George Bain and his students . We aren’t sure where or when this exhibition was held. Perhaps it was part of the Dunedin Society’s exhibition in Edinburgh in the late 1940s. Or was it part of a display in Quayle & Tranter’s carpet showrooms in Kidderminster in the 1950s?

This brightly painted wooden bowl sits centre stage on a stand at a 1950s exhibition. It is surrounded by other Celtic design objects made by George Bain’s students. We don’t know exactly who designed or painted this bowl but it does show Bain’s philosophy of Celtic art in action.

A ring of brightly coloured birds march round the outer border of the bowl. The design is inspired by a detail on a page in the Lindisfarne Gospels. As with his other research, Bain drew out the birds from a modern illustration. He then worked out how to construct these birds with their interlacing of necks and tail feathers. He published this in his ‘Methods of Construction’.

On the inside of the bowl is an all-over open knotwork pattern. On a rich, deep blue background, the gold, blue and crimson colours repeat some of those of the birds. The two ribbons tie themselves into loose pretzel shapes around the rim. They then swirl and loop across themselves and each other to the centre of the bowl and back again. Bain shows how to create this design from first principles in the ‘Elementary Knotwork Borders’ section of his book. 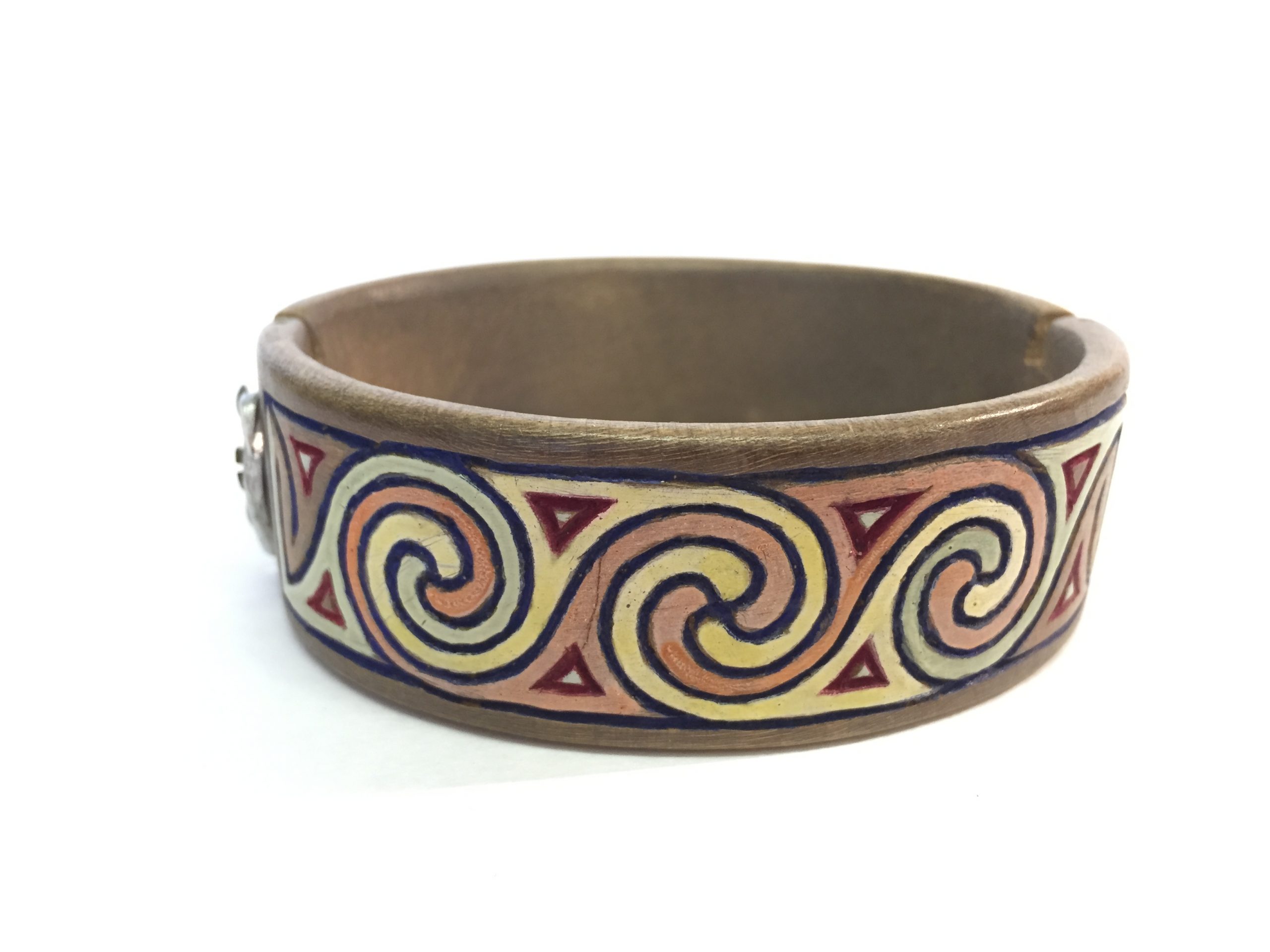 George Bain made this wooden hand-painted bangle for his beloved wife Jessie. It is made in two parts and each is painted with a different design. A hinge and clasp join the two together so that the bangle is easy to put on and off.

One half is decorated with a series of triple spirals (known as triskeles) in sherbet shades of pale blue, yellow and orange. The shapes roll like waves from clasp to hinge. The other half is painted in deeper colours. Two mirror-image interlaced knotwork designs meet in a red and white central knot. Accents of orange on both halves of the bangle link the designs together.