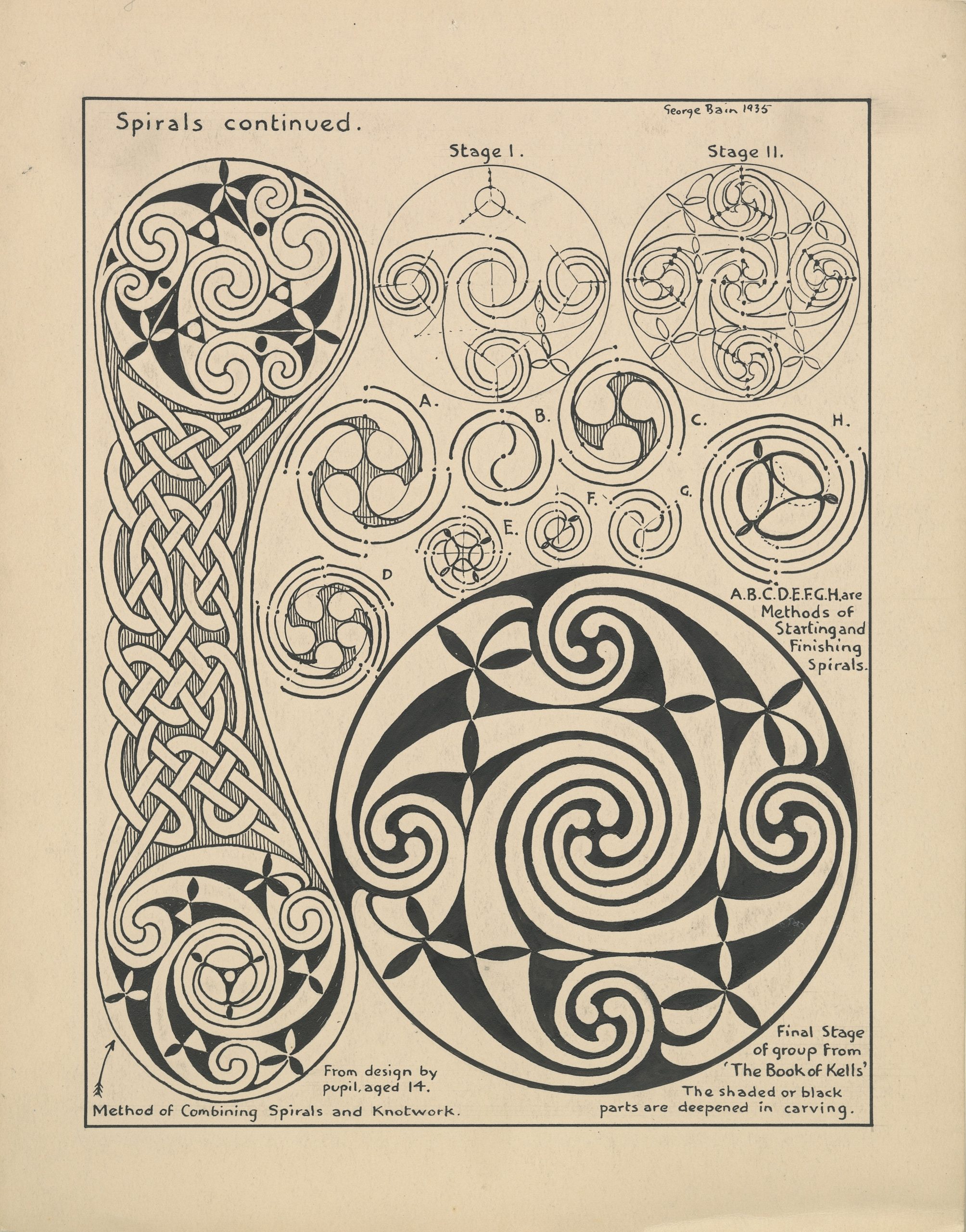 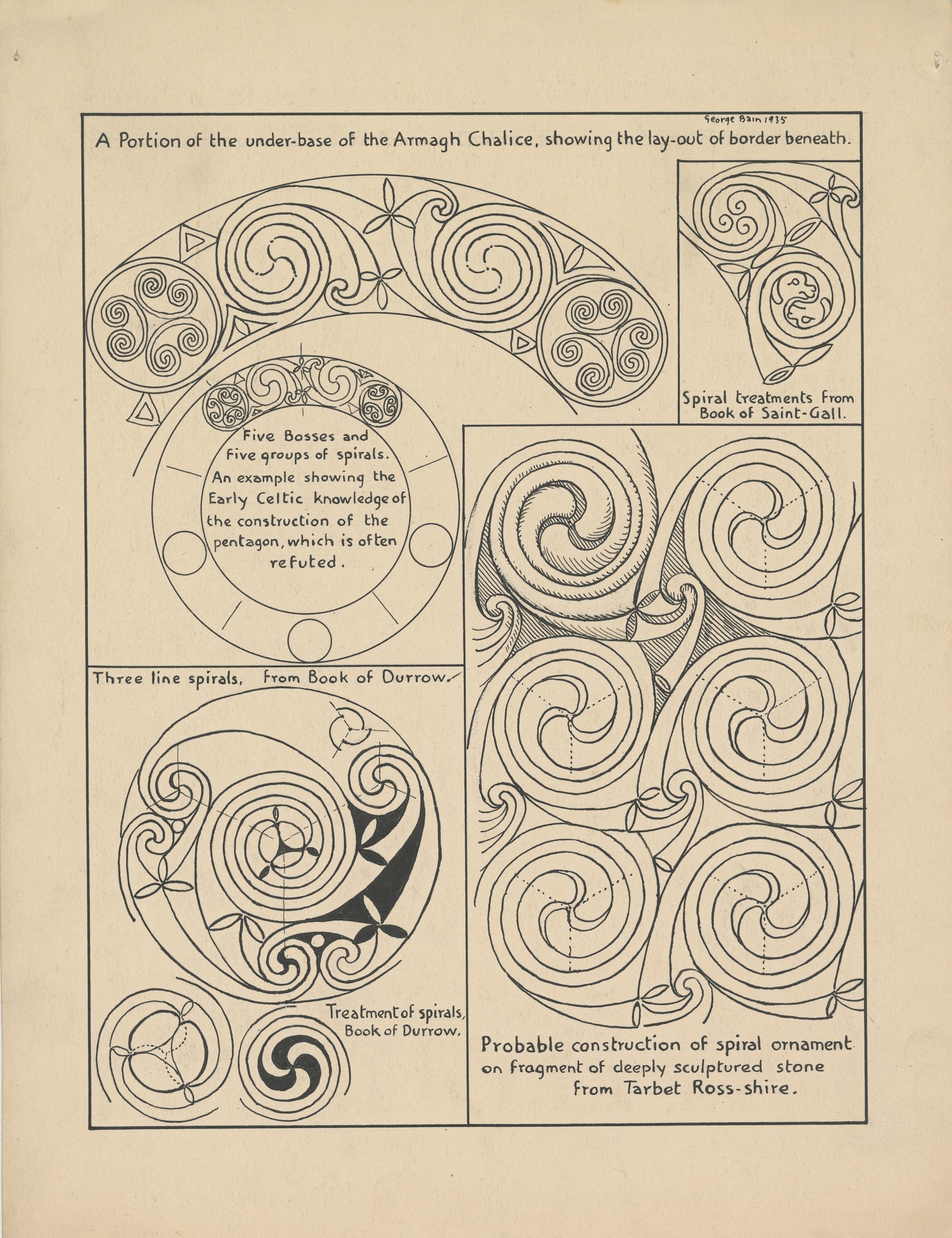 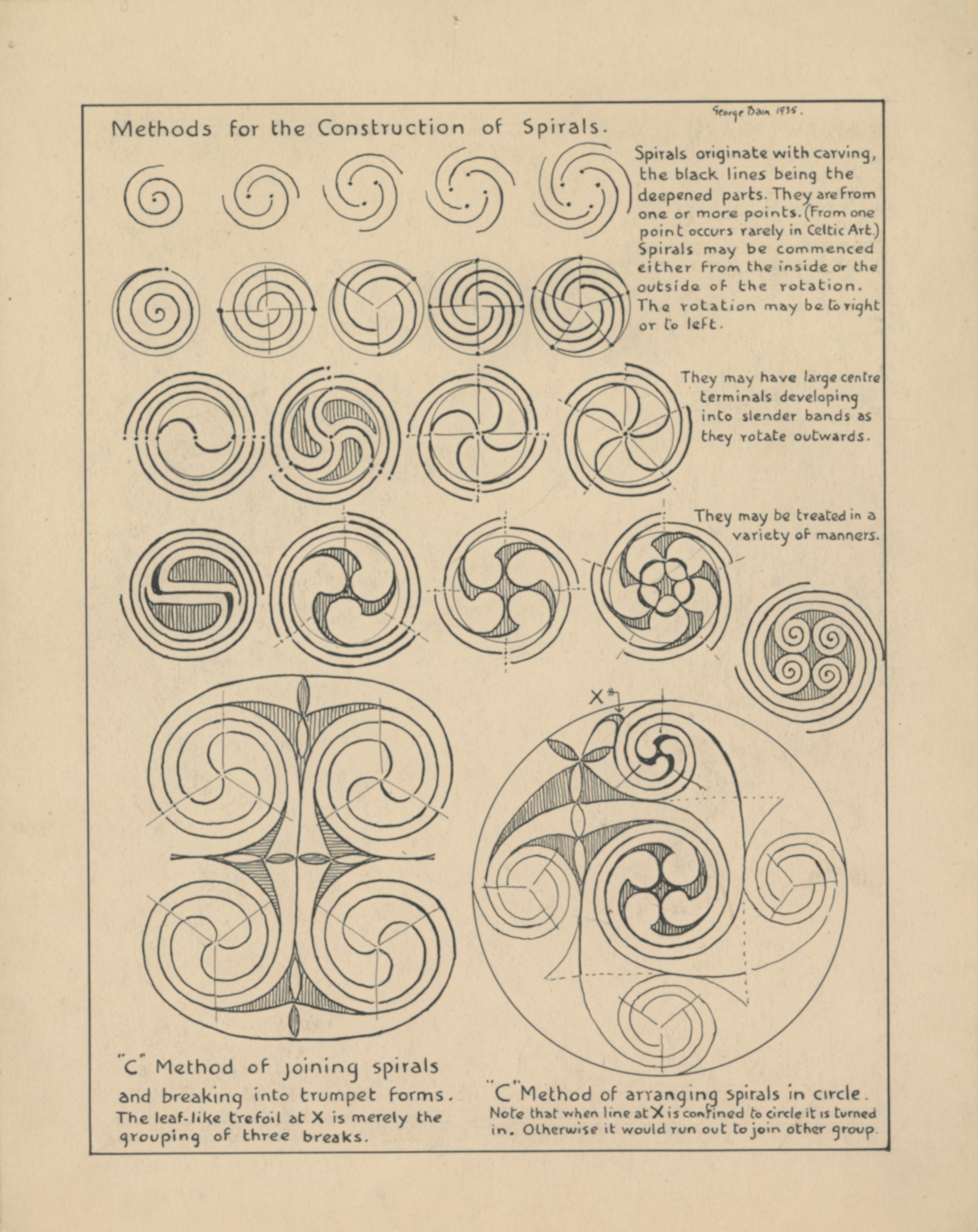 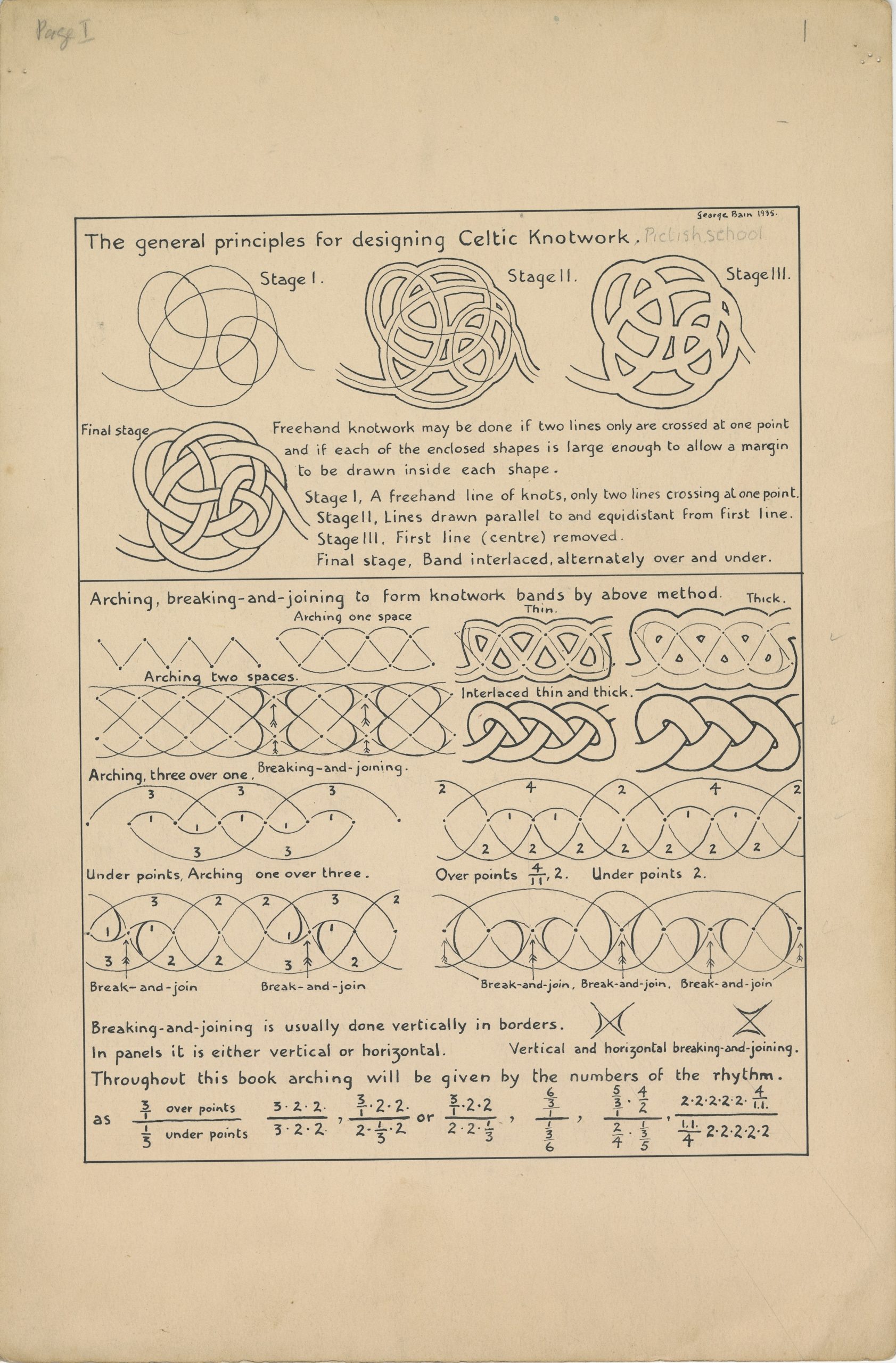 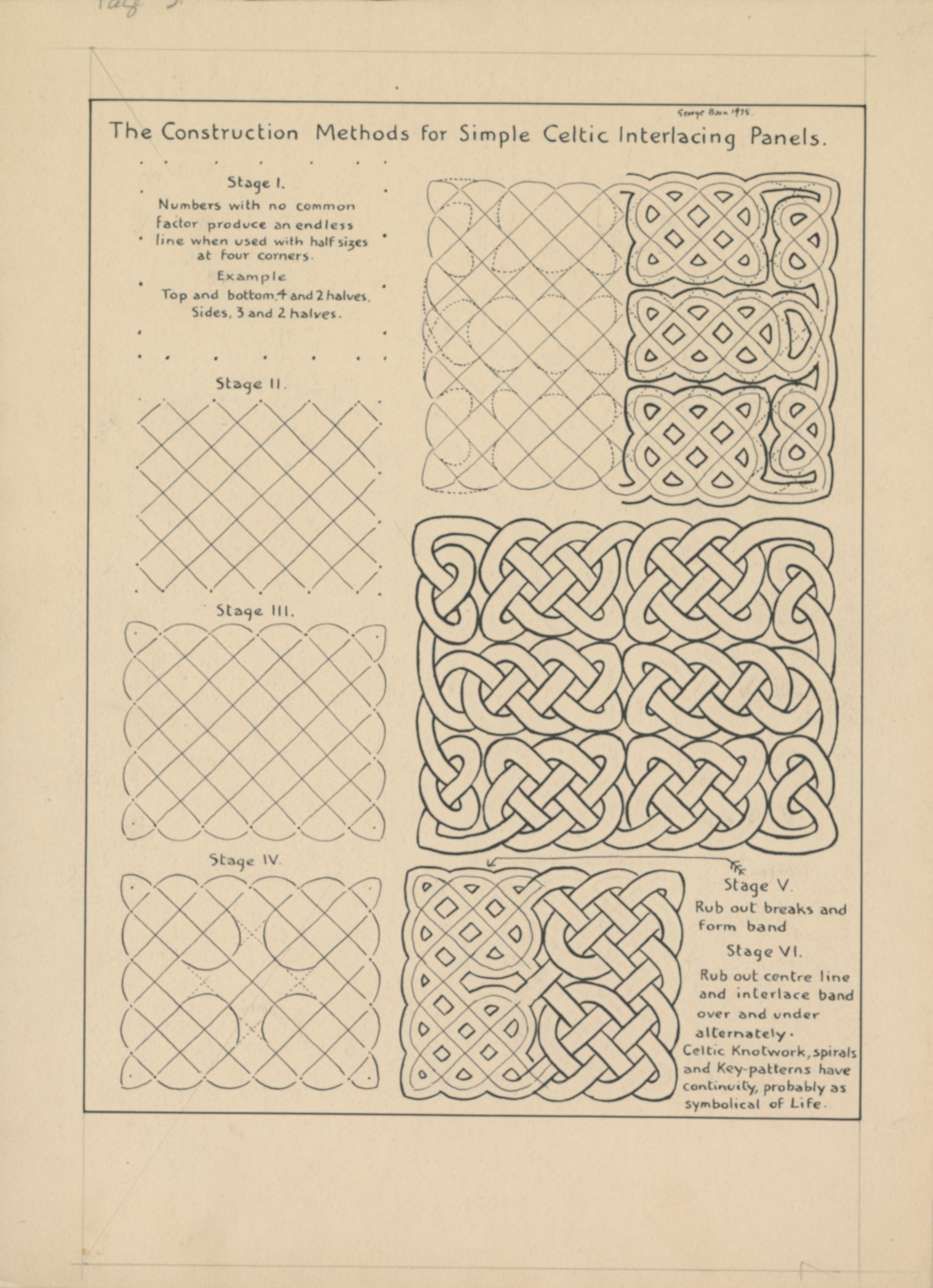 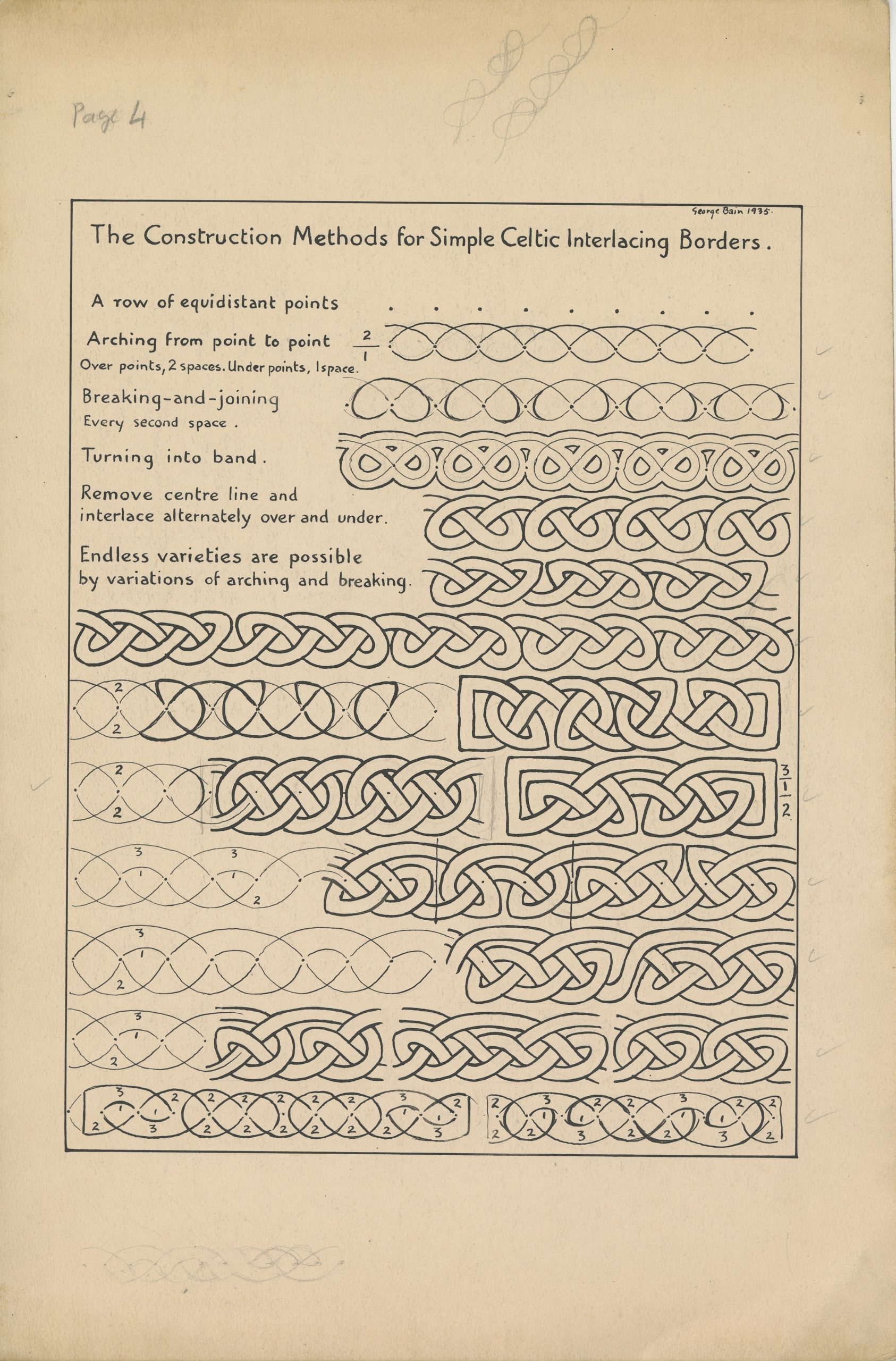 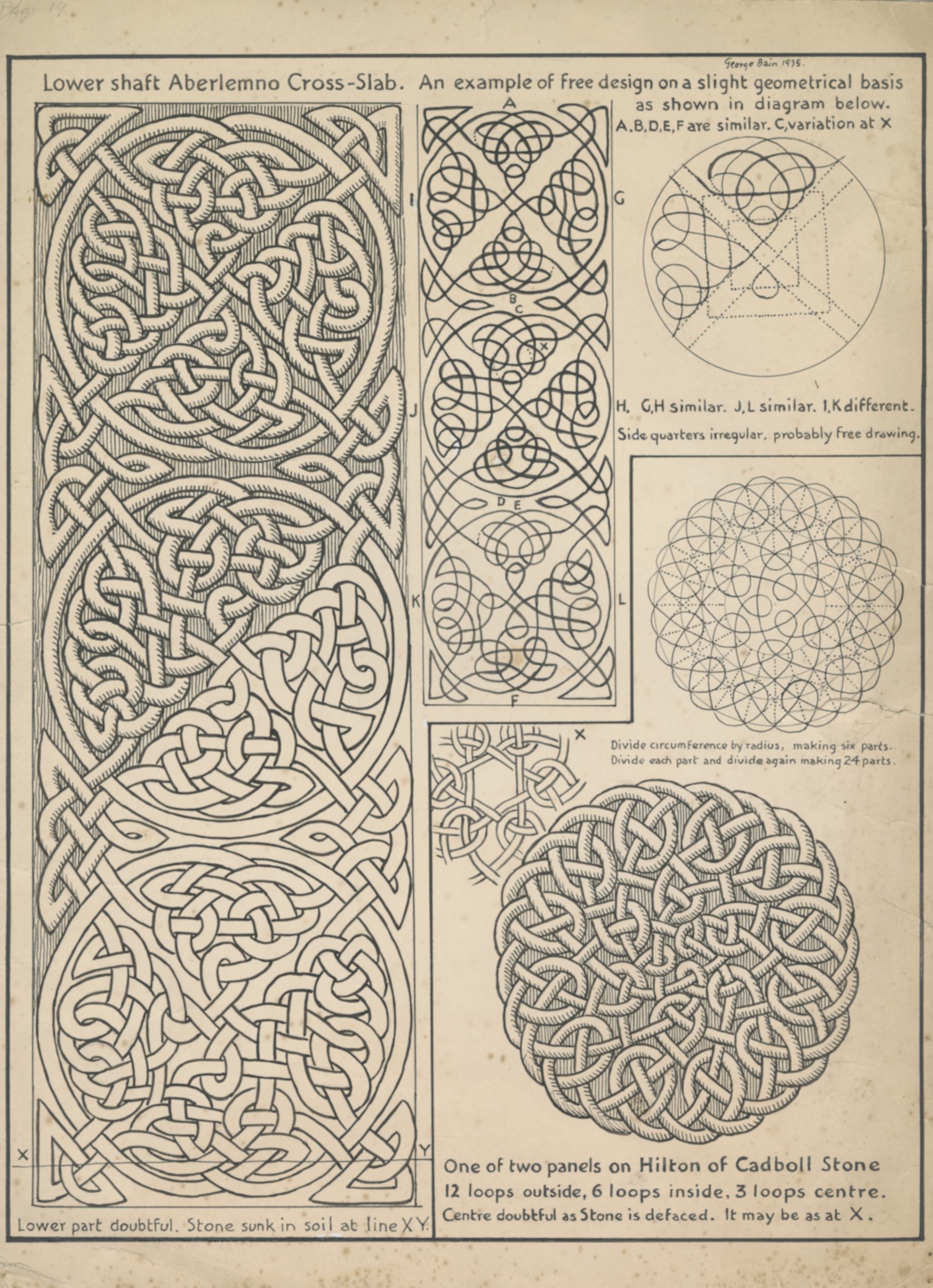 Here George Bain draws out the fantastic knotwork panel on the shaft of the cross on one of the Aberlemno Pictish stones.  He uses it as an example of what he calls ‘free design on a slight geometrical basis’. He shows how the design was created in line-work to the right. The other illustration is from the Hilton of Cadboll Pictish cross-slab.

This is one of 17 camera-ready drawings dated 1935 in the George Bain Collection. However, it seems very likely that Bain prepared others that are no longer in his archive. The surviving illustrations focus on knotwork borders and panels, and spirals. They are generally all much the same size. But this one is different – it hardly has any margins. We don’t know why.

This and the others in the series were prepared at least ten years before Bain’s work was published in booklet form by William Maclellan of Glasgow. Bain didn’t use his drawings of this Aberlemno knotwork panel in the 1945 or subsequent publications. But he did use the example from Hilton of Cadboll.