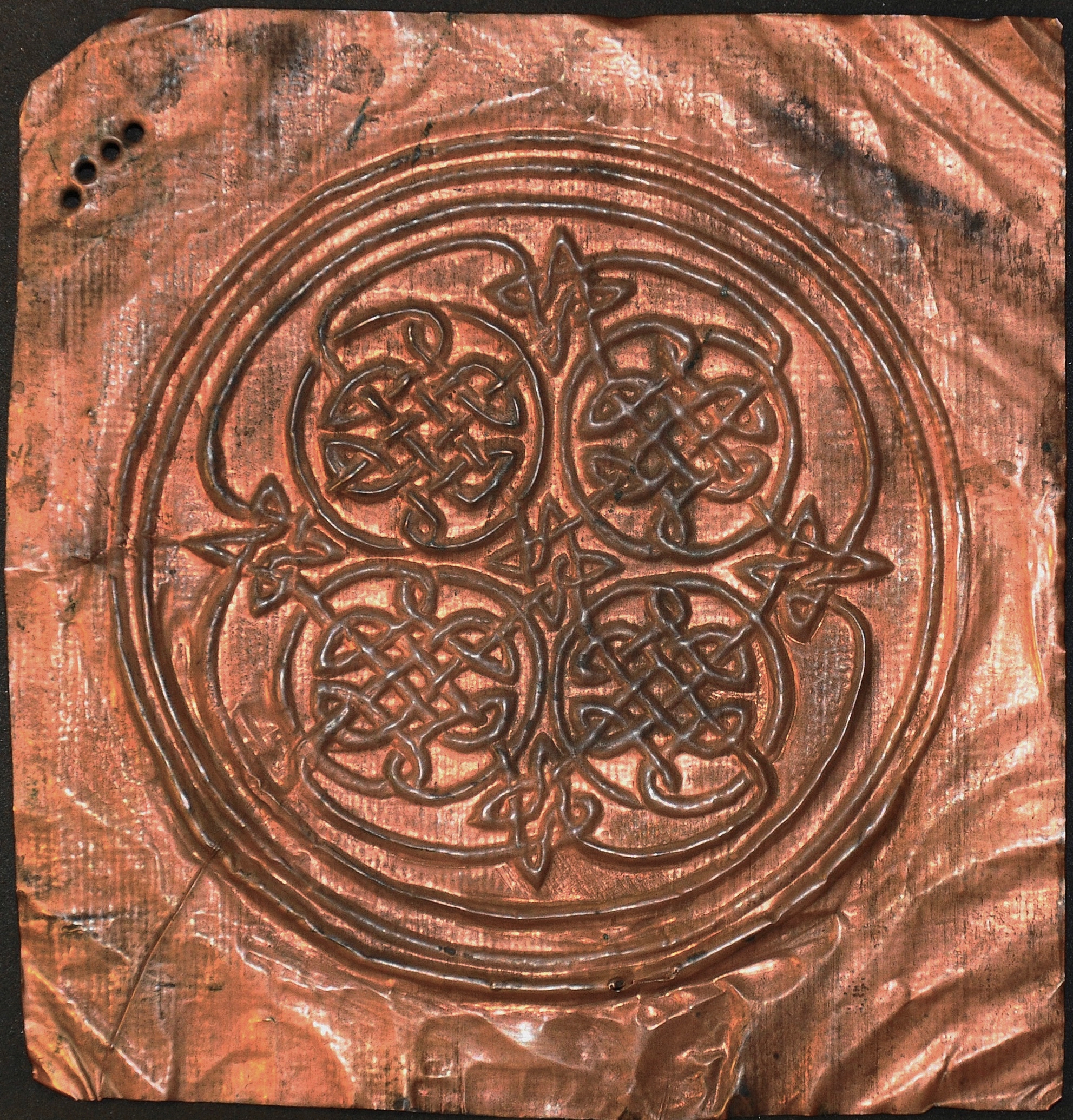 The embossed knotwork on this very thin sheet of copper is set within two concentric circles. Looking at other items in the collection we think we know what it relates to. George Bain made a leather handbag for his wife, Jessie, in 1937. One side has this knotwork design embossed into it, the other side has a key pattern.

Copper is a soft metal and wouldn’t usually be used as a former for embossing. Nevertheless, this is the right size and has the same design as that on Jessie’s handbag. Perhaps it was used for transferring the pattern? Maybe the four small holes at the side were used to hold the former and leather in position. If so, the leather must have been quite damp for a successful transfer.

Alternatively this copper sheet is a completely separate piece, crafted in its own right. The pattern is created from the back, a technique known as repoussé work. It is based on knotwork designs set in panels, such as those in gospel books like the Book of Durrow. 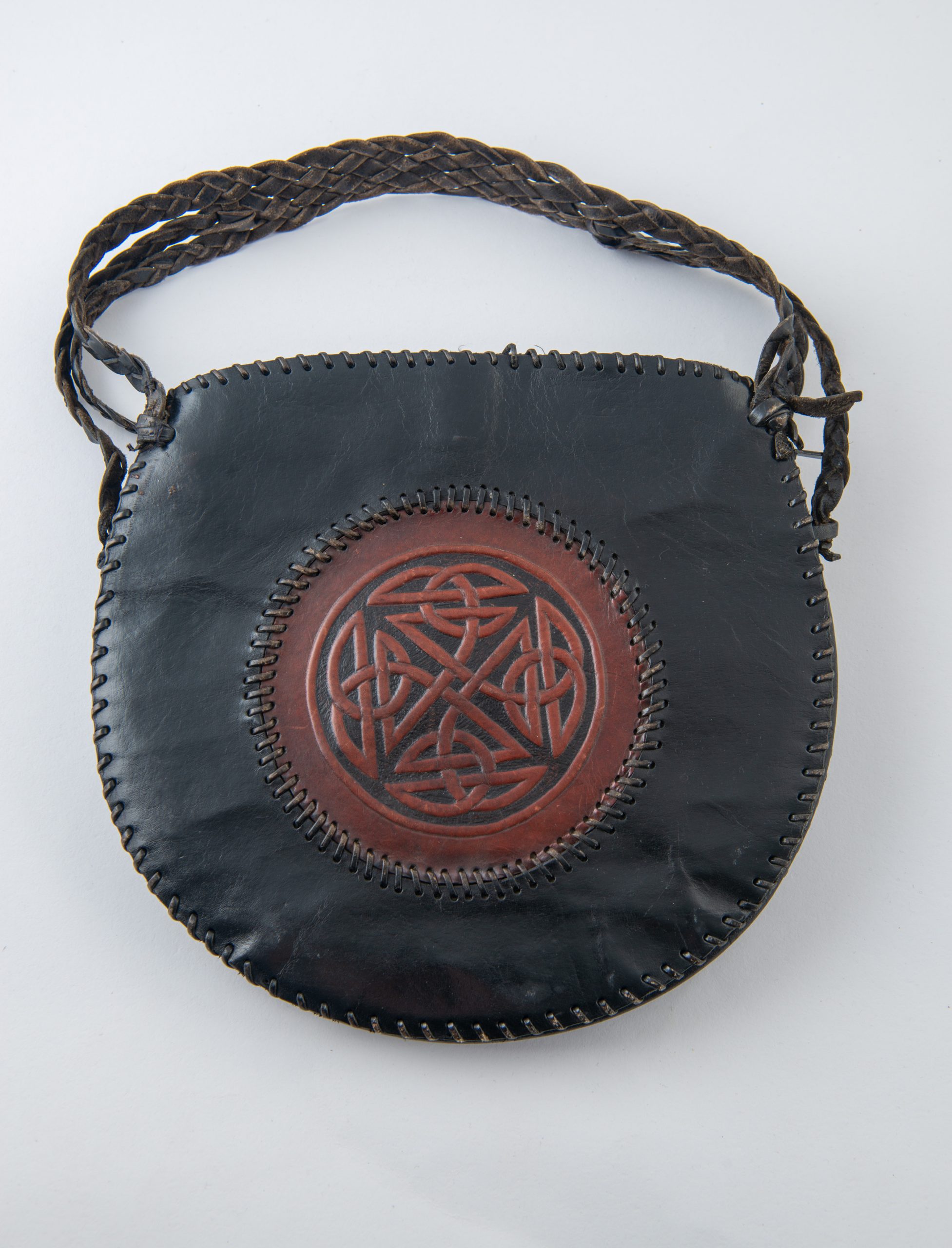 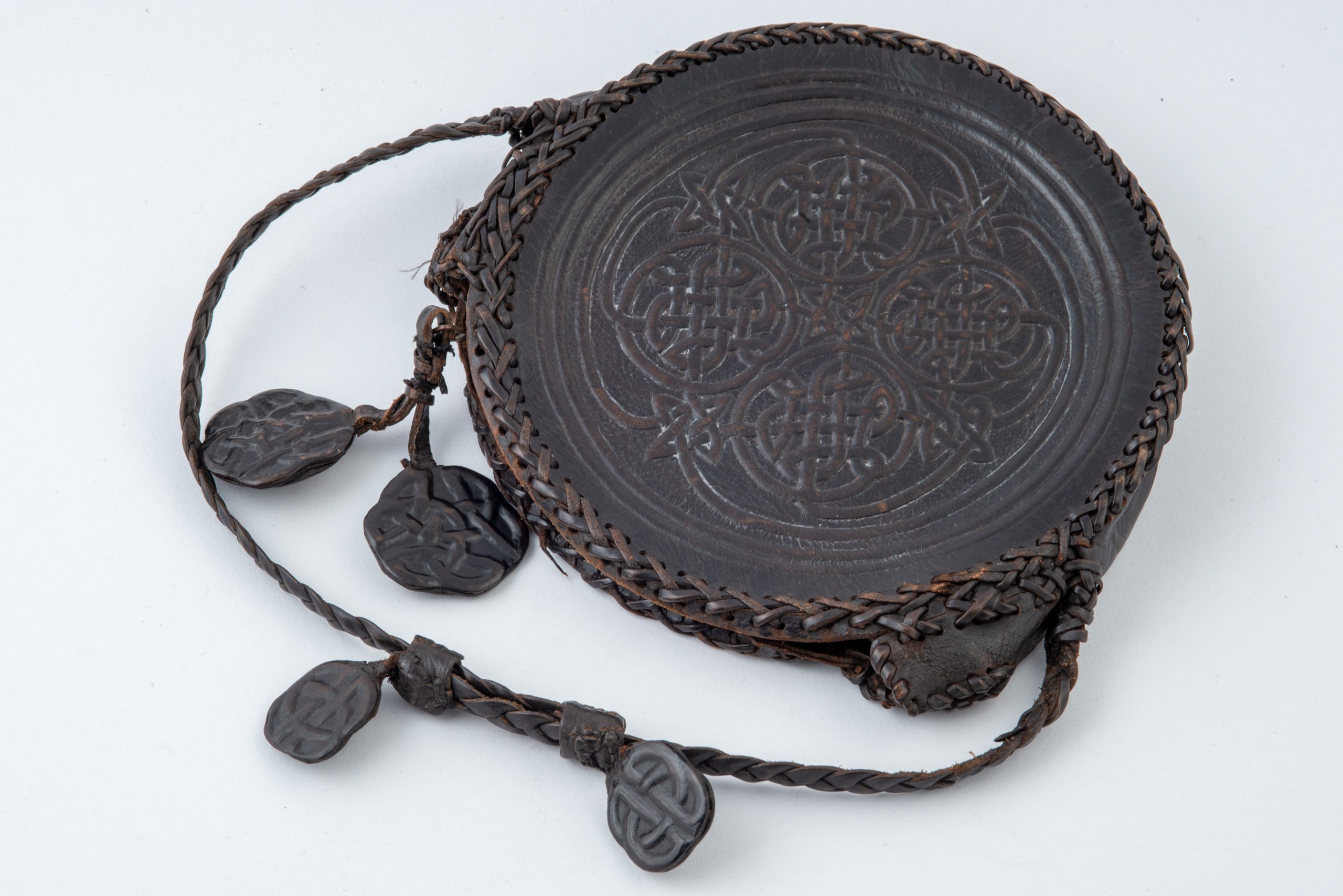 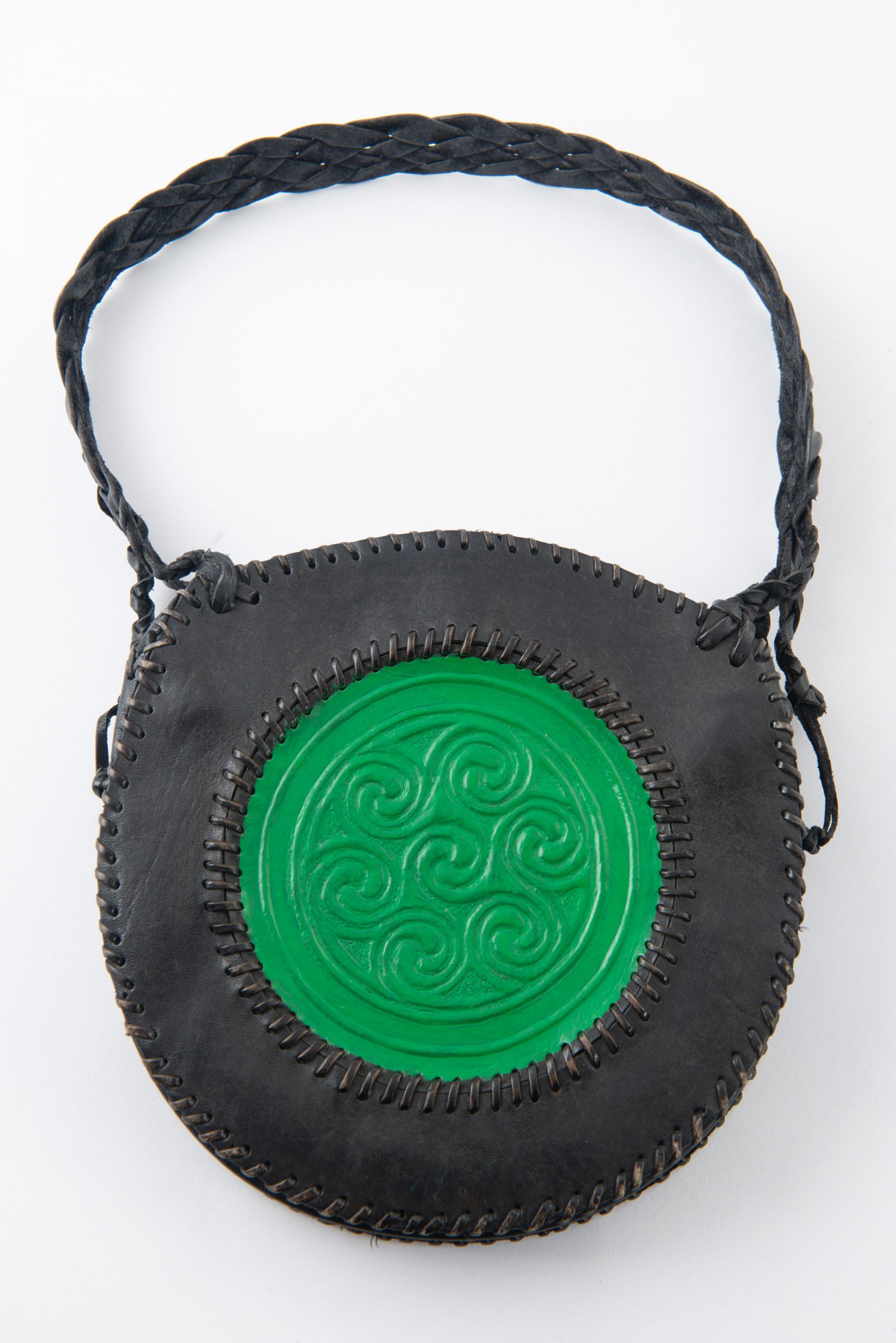 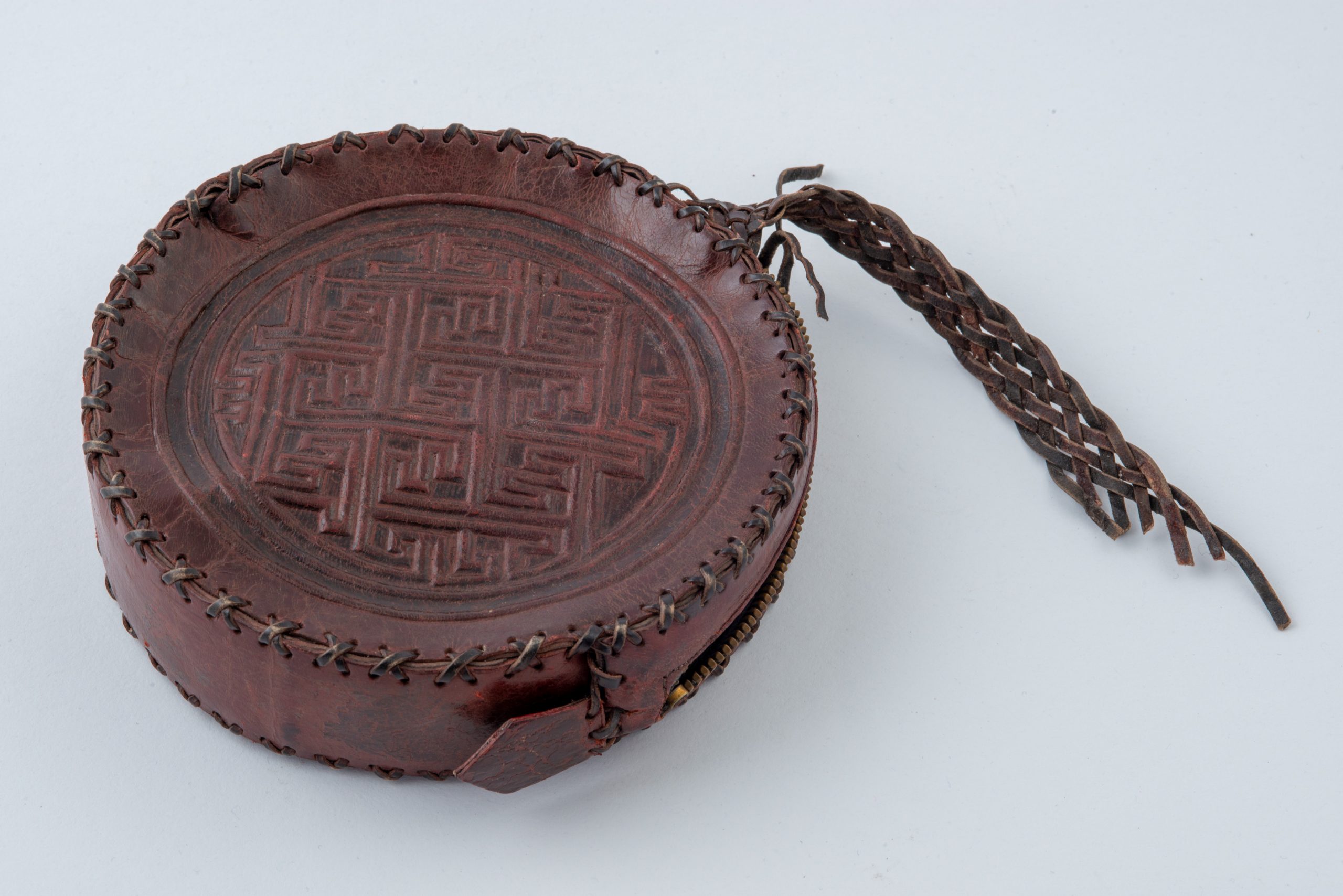 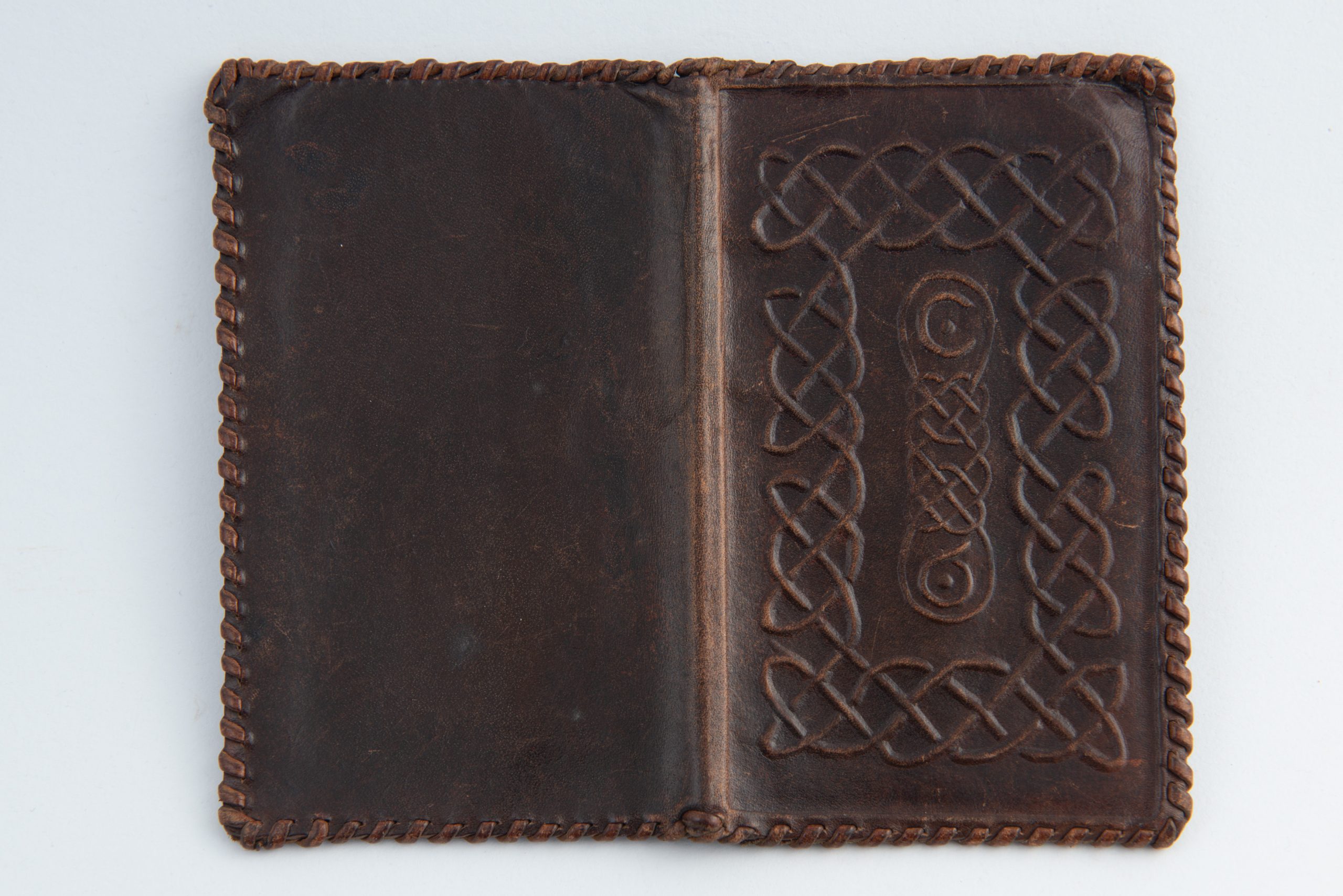 George Bain worked in all sorts of materials, including leather, lino and wood. This leather item is decorated with one of his designs. It is a hand-tooled notebook cover with embossed knotwork border and centrepiece. The simple central panel includes the initials C and B in lower case letters. Presumably Bain made it for one of his daughters, Chirsty or Claire.

The knotwork pattern is very similar to those in the Book of Kells and other early medieval gospel books. It uses one continuous line, symbolising Eternity.

Inside the leatherwork are two full-size pockets. Opening a notebook at its middle, its covers can be slid into the pockets. The two thongs that run vertically down the spine of the leatherwork fit down the centre pages of the book. They keep it in place.