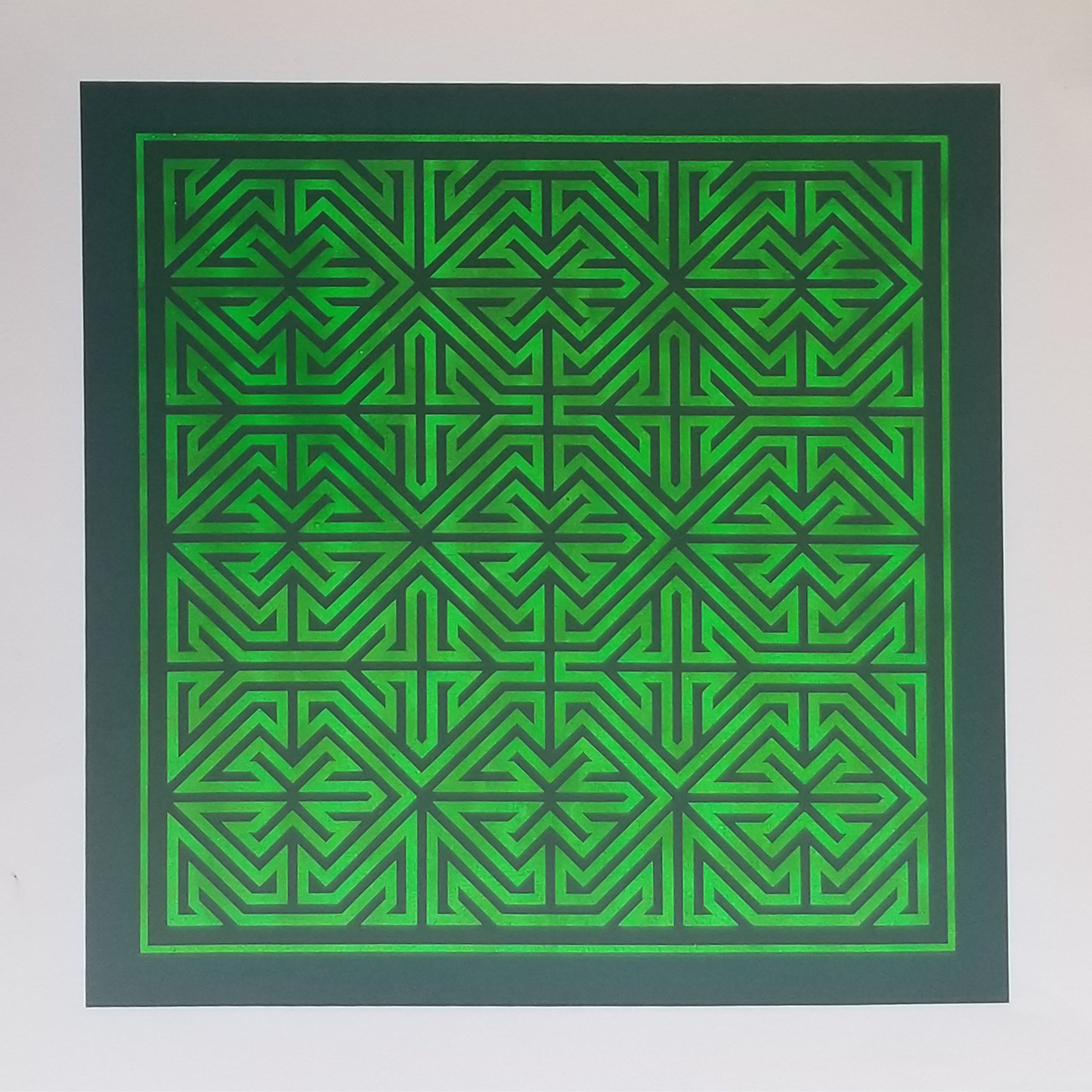 Original design composed of a single-unbroken line. Erne Lake was executed by screen printing on watercolor paper. A gold size was screened and gilded with aluminum leaf, a transparent green glaze was printed over the aluminum leaf and the darker green was printed as a knock-out. 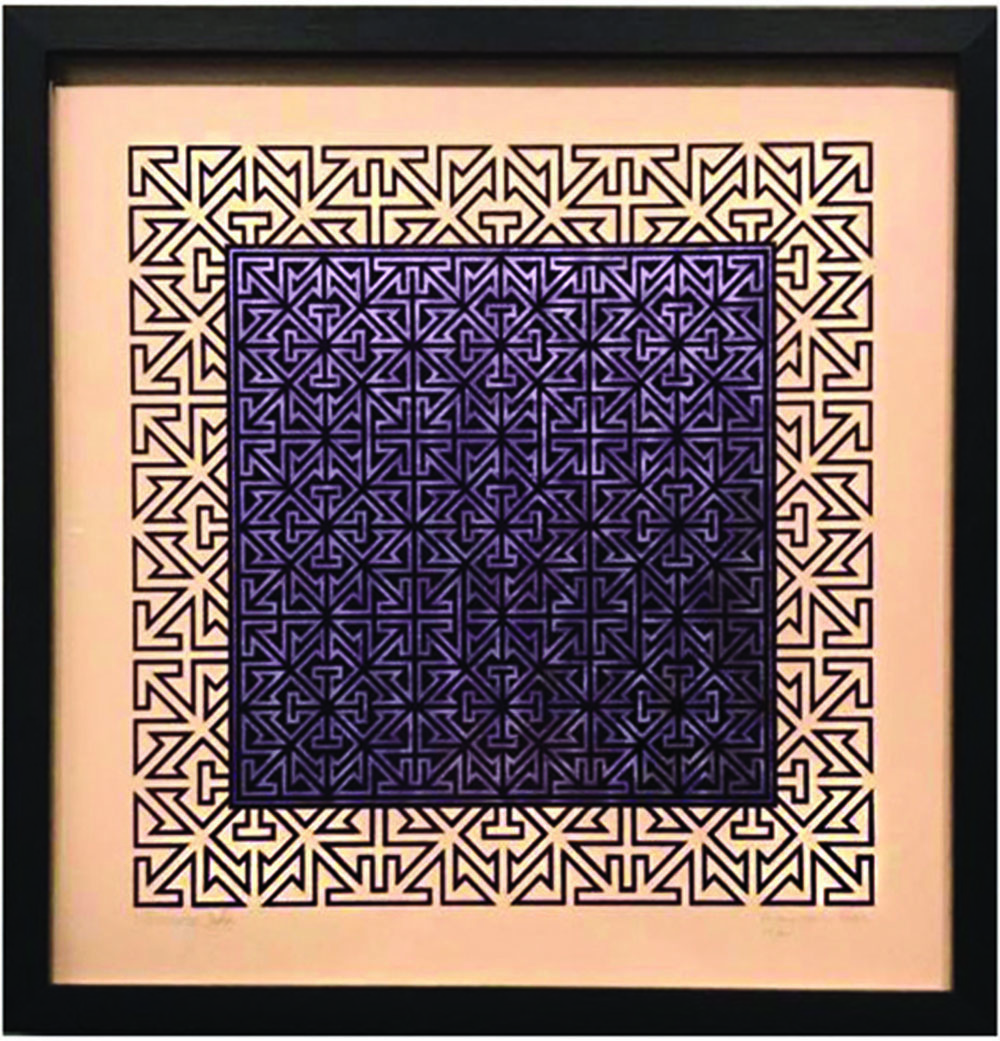 Key pattern. Design is composed of a single, unbroken line. This design is one of three variants I completed of the ”Mother” unit. Celtic/Insular art is time and labor intensive, which is why I work in screen prints. Screen printing is a venerable medium that allows me to print a series, that can be shared. Avonmore Lake is a transparent violet glaze over aluminum leaf. 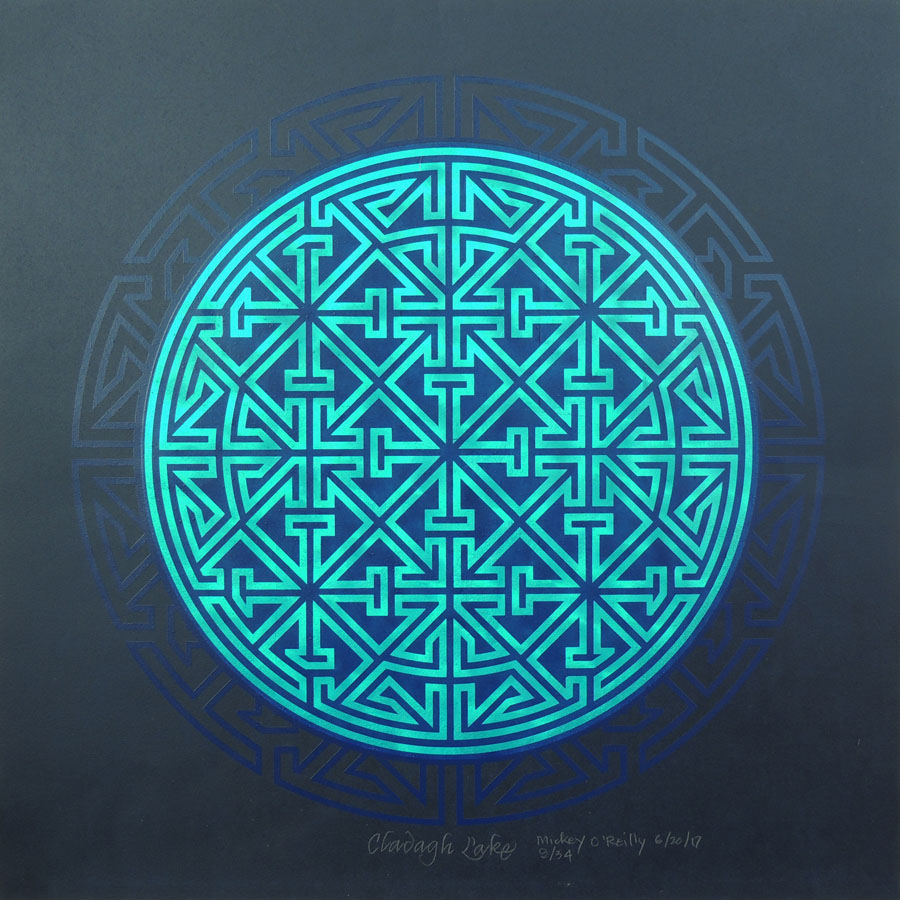 The entire center design is composed of a single unbroken line. The finished piece was achieved by silk screening, gilding in aluminum leaf and printing a transparent blue glaze over the leaf. The design is composed of a single motif (unit), joined, repeated and drafted to conform it to a circle. I also made 3 variations (not shown) as rectangular designs that highlite the versatility of the original unit. 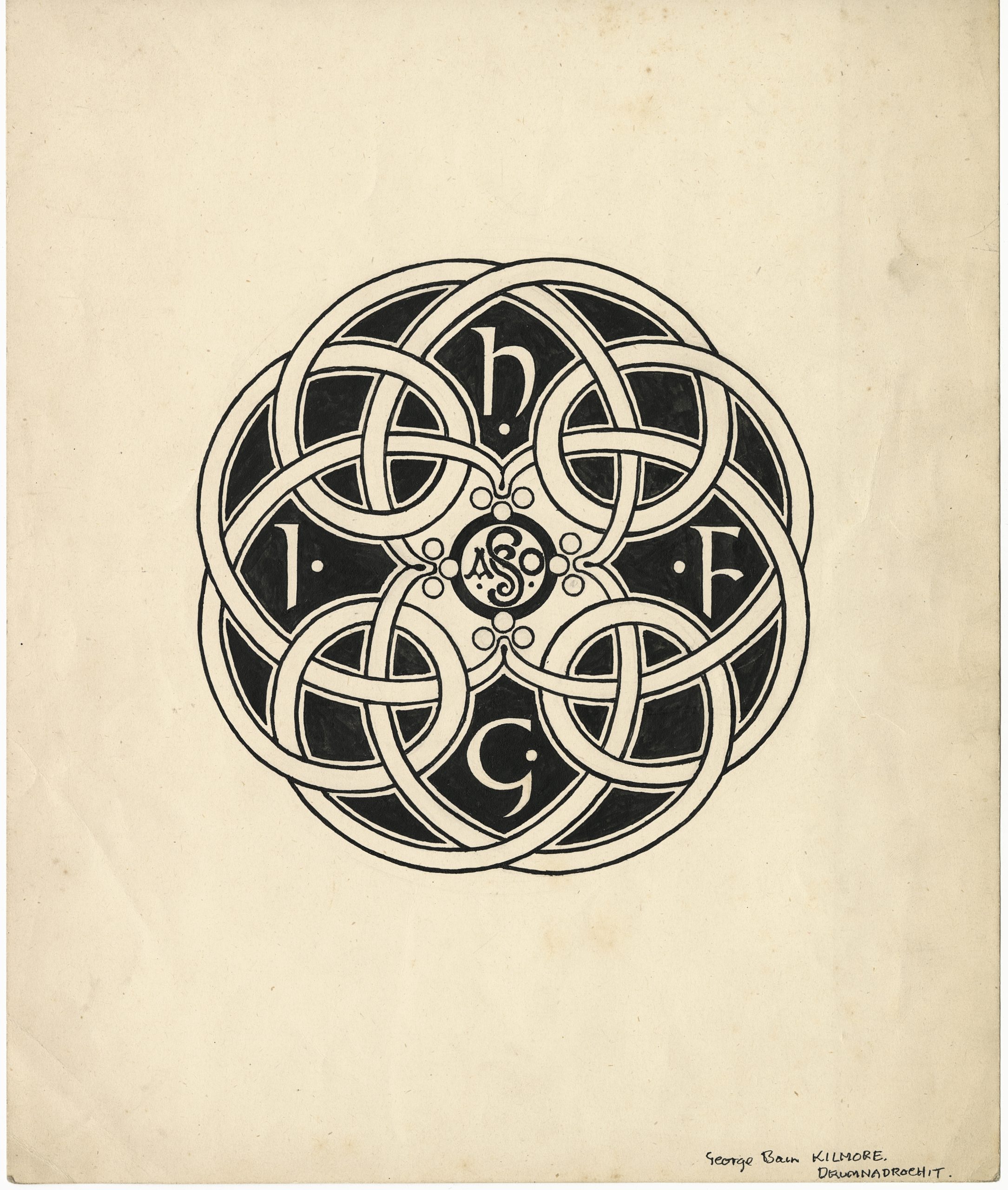 We haven’t yet found any organisation called the HFGI Association. Or should it be the IHFG Assocation? We just don’t know the order they should be written in. However, as with all of Bain’s commercial work, it is a very accomplished design for a logo. 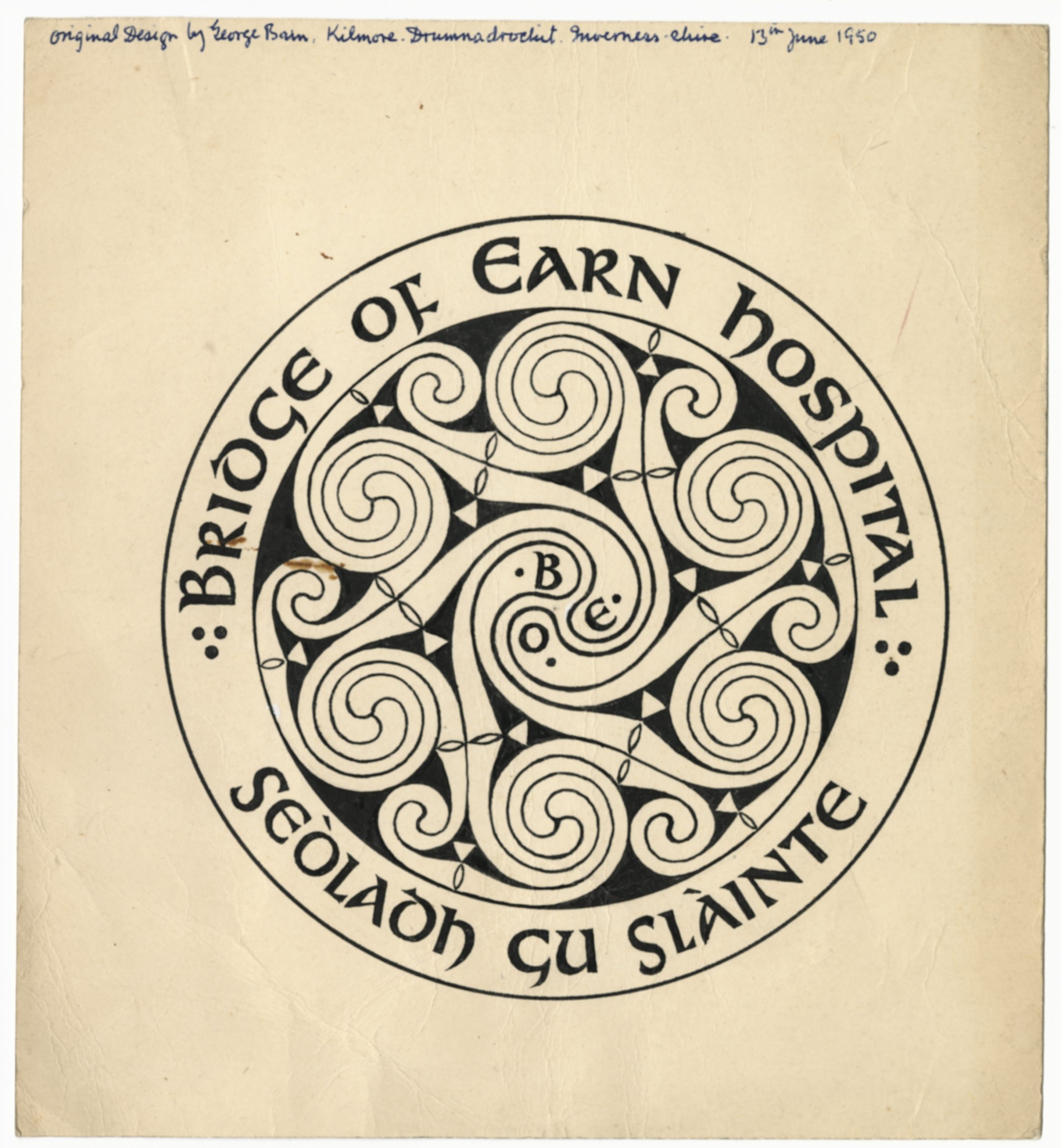 George Bain took various sorts of commissions after he retired in 1946. Amongst them are a number of logos. This one, for a small hospital near Perth, is based on his fascination with three-in-one spirals (triskeles). Bain explains how to draw two- and three-coil spirals in his book ‘Methods of Construction’. His favourite spiral groups seem to have been those on the Pictish Aberlemno Churchyard cross and in the Book of Durrow.

The hospital opened in 1939, to serve evacuees and wounded German prisoners of war. It stayed open after the 2nd World War and served the local community until it closed in 1992. We don’t know whether this logo was ever used. But the ‘original design by George Bain, Kilmore Drumnadrochit, Inverness-shire 13th June 1950’ reflects Bain’s commitment to Scots Gaelic. We’ve translated seòladh gu slàinte as ‘a route to health’.